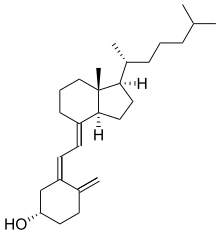 It is such a mystery.  Not the structure or chemistry of this substance so essential to a healthy life and immune system, no, but rather the utter absence of discussion by anyone seeking to contribute to the public health from Dr Fauci on down to the various governors and their “expert” minions.  The literature is telling us loudly that for cents/day large populations could be made greatly more resilient to the vagaries of the SARS2 coronavirus.  Hospitalization risks would fall significantly, and I would argue that the benefits of doing so would far outweigh the scant benefits of the vaccination.  No one gets myocarditis, blood clots in the brain, or Guillain-Barre Syndrome from taking 25 IUs of vitamin D per pound of body weight per day.

I would submit that a door to door vitamin D kit be distributed to the welcoming arms of the community!  I doubt anyone would object to that.  But Pfizer stock might fall.  Here is an apt picture of the role of D and thanks to Joe Mercola in Nutrients This might look like a bit of scientific gibberish, but it basically says that vitamin D neutralizes the very invasive — and likely weaponized — so-called “spike protein” of the CV19 virus thereby making it much less virulent and dangerous.  Many studies now show dramatic reduction in mortality and morbidity based simply on vitamin D status.  One study — observational and not a randomized control trial — showed a 900% greater risk of death if infected with the CV19 virus with a 25 OH vitamin D level < 20 ng/mL.  But many vaccines have NEVER had the so-called “randomized control trial” and yet were approved anyway.  Recently tetanus boosters were found to be worthless, eg.  Yet, because tetanus is such a devastating illness, we do it “anyway.”  OK.  So why not do the same with vitamin D where the evidence is clearly THERE with negligible downside risks?  Crickets.

It is interesting that many people cite the fact that tropical areas such as India still get “waves of death and illness” from the CV19 virus, yet they must have great vitamin D nutrition, no?  No.  In fact large areas of India have drastic vitamin D deficiencies.  Many areas of India are no better off than Scandinavia as regards the circulating levels of vitamin D acquired thru sunshine or food.  In fact the prevalence of vitamin D deficiency — defined as a serum level <20 ng/mL — in India is well over 50% and as high as 90% in some areas. Supplementation is critical, cheap, harmless, and totally ignored by those who would jab your child with a completely untested drug.  Is this about the money?  Do the Yankees crush the Twins every year?  Are the Cubans sick of tyrannical “equity”?  Do the Chinese steal intellectual property constantly?  As our favorite cortically-challenged public official would say, “C’mon!”

The longer we go without a major public health initiative to promote vitamin D like we do the vaccine, the greater the suspicion that there is no interest here in the public’s health.  Rather it is about power and politics, profits and control.  Full stop.

2 Comments on Where are the public health “leaders” re vitamin D?